UNIVERSITAS Austria has been representing the interests of Austrian interpreters and translators for more than 65 years and acts as a point of contact for clients, educational institutions, politics, the media, government agencies, and the interested public. The association also represents professional interests in an international context (see Collaboration).

As a hub for information in the field of interpreting and translation, UNIVERSITAS Austria offers numerous services for members and non-members alike.

Perhaps the most valuable service UNIVERSITAS offers is for clients to conduct a targeted search of the association’s database. It allows clients to find professional interpreters and translators who have provided proof of their quality standards through our UNIVERSITAS Austria certification.

Additionally, our fee guide for interpreting and translating (available in German only), which we update on a regular basis, provides a good overview of prices and services in the industry.

Furthermore, the association’s website as well as the association’s quarterly member magazine, Mitteilungsblatt (available in German only), provide interesting news about the world of language services, for example information concerning job descriptions and services.

Our members benefit from a wide range of services, such as:

Statutes and Code of Ethics

As an association that stands for quality and professionalism, we require our members to comply with our Code of Ethics and Professional Conduct. The code deals with questions about appropriate behavior of our members towards clients and each other.

UNIVERSITAS Austria is a founding member of Translationsplattform, an alliance of professional associations in Austria for translators and interpreters (launched on September 30, 2009).

The association also collaborates and organizes joint events with the team of language provider specialists at the WKO, the Austrian Economic Chambers (website available in German only).

Currently, Alexandra Jantscher-Karlhuber, a UNIVERSITAS Austria member, is part of the FIT Council, the governing body of FIT.

UNIVERSITAS Austria maintains good relationships with sister associations on a bilateral basis and participates in collaborative events such as the Réseau Franco-Allemand or the Anglophoner Tag.

The Bremer Runde is an informal network for the exchange of information among associations based in countries with German as an official language. Every six months, the presidents of each respective association meet in different cities to discuss current topics. Associations for translation and interpreting from Austria, Germany, Switzerland, Luxembourg, and Belgium are part of this network.

To mark the occasion of the 60-year anniversary of UNIVERSITAS Austria, honorary members, in particular Liese Katschinka, Gerhard Reinagel and Annie Weich, proposed the introduction of the award.

The Elisabeth Markstein Award recognizes outstanding contribution to the translating and interpreting profession and aims to raise the public profile of the language-mediating profession.

A jury of three people, preferably honorary members, decides on the submitted nominations. The three honorary members who initiated the introduction of the Elizabeth Markstein Award have acted as the jury since the first presentation of the award and will continue to do so for the foreseeable future.

By virtue of their office, the UNIVERSITAS Austria President or one member of the Board of Directors is an additional part of the jury.

The Elisabeth Markstein Award was first presented in September 2014 in celebration of the 60-year anniversary of UNIVERSITAS Austria. Since then, the award has been awarded every other year, whenever no elections to the UNIVERSITAS Board of Directors are held.

The award ceremony takes place on the occasion of the Annual Member Meeting or at a different event to which all members of UNIVERSITAS Austria are invited. At the ceremony, the award winners and their achievements are presented to the members. The PR team introduces the award winner to the public (via press conference, press release, interviews in print, audio and/or video, etc.), shining a spotlight at our profession as a whole.

The Elisabeth Markstein Award includes a medal and a certificate, but does not include a monetary prize. 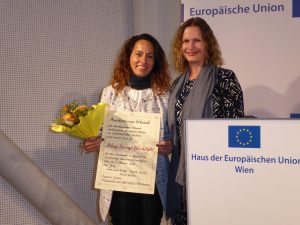 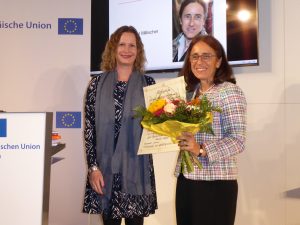 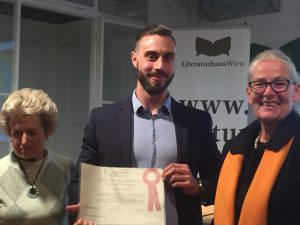 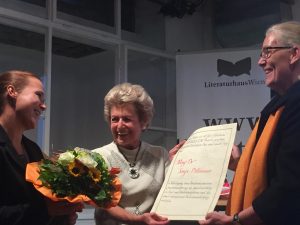 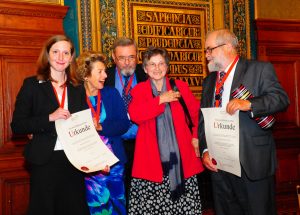